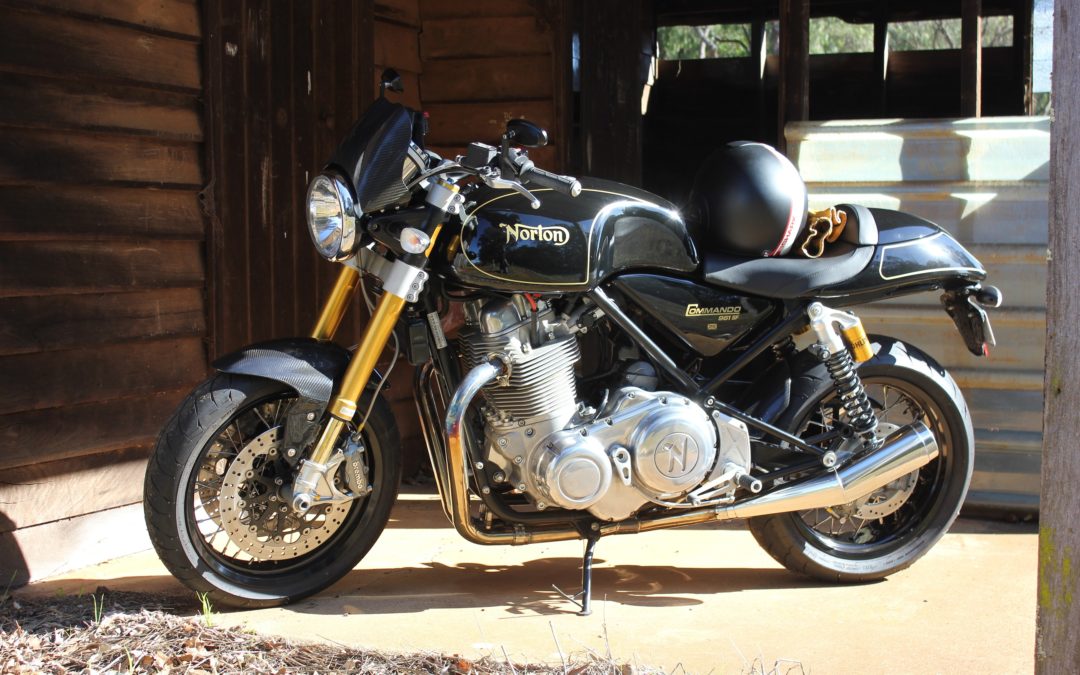 The Norton Commando emerges from the shed, liberated at last.

As a motorcycle journeyman I have, for most of my, life been chasing maximum power from my machines, I still vividly remember the first time I cracked 100 horsepower.  It was the year 2000 and my new Triumph Sprint, which was in fact a 1999 model, produced 107 horses.  It was unbelievably powerful and, had I not been so responsible (LOL), I could have wound up in all sorts of trouble on that bike with its top speed of  220 km/h.  Some time later, in 2010, my Triumph 1050 Sprint produced a whopping 120 horsepower, and on it goes.  So, it came as a surprise to me, and the great mirth to my motorcycle riding buddies, when I purchased my 2015 Norton Commando, and in the process, dropping back to 79 horsepower. 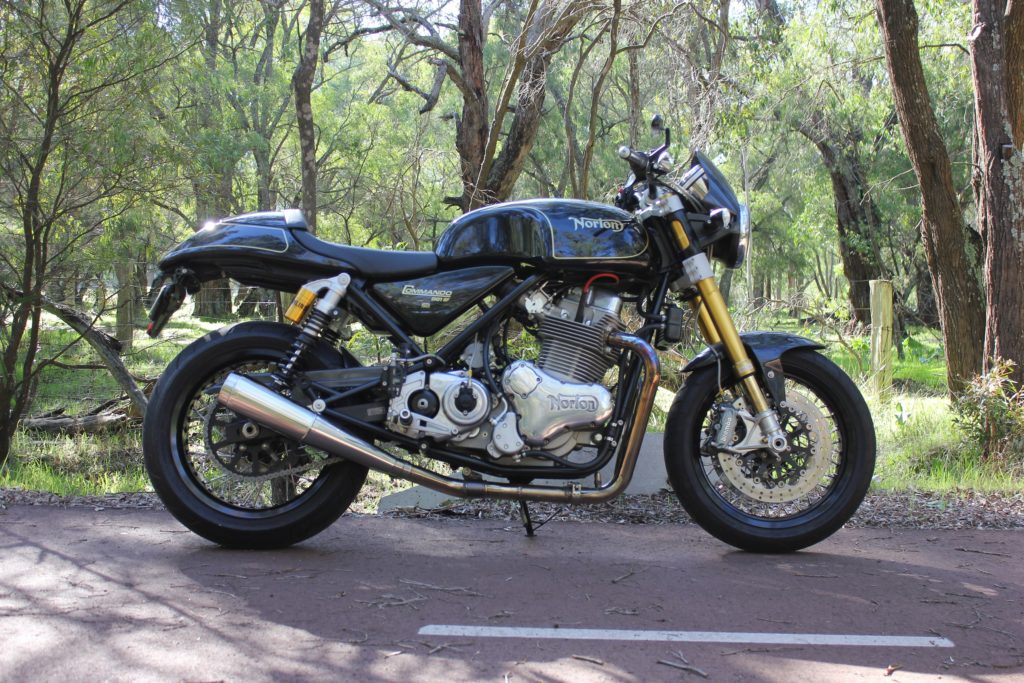 A stunning looking machine but not great out of the box.

So how can losing all that power be even remotely exciting I hear you ask.  I must say, I asked myself the same question many times as I contemplated purchasing the Norton. At the end of the day sheer good looks and nostalgia won out but, as I sit here typing this, still feeling the buzz of 250 spirited kilometres on my Norton I can honestly say the way that bike delivers the goods is thoroughly exhilarating.  Mind you, it hasn’t always been that good.  In the 12 months I’ve owned by Norton, I’ve taken it from a choke-up, lack-lustre performance void to something akin to naked aggression, let me explain. 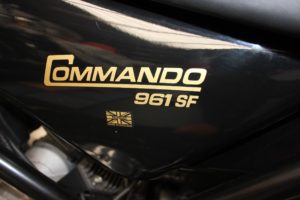 One of the most famous names in all motorcycledom.

When I finally hit the road on my Norton the engine had less than 100 kilometres on.  It had, for about two years, been used for display purposes only.  Firstly, in the dealership then in the first owner’s lounge-room and, as far as I can tell, was only ever started for amusement purposes.  The first few rides I had left me with a kind of sinking dread.  The bike surged and misfired at anything under 3,000 rpm and wasn’t so good above that range either. Put simply, it was horrible.

With no distributor on the West Coast, or, at that time, anywhere in Australia, I had to rely entirely upon my own skills to tune and fettle the engine. I turned to the only place one can in times like these – the internet.  By modern-day standards the Norton is a fairly basic, push-rod, parallel twin cylinder engine.  The major complication is fuel injection and the associated computer hardware and software.  Even as I write this piece, with the bike running beautifully, I can’t help but pine for good-old carburettors.

The more I researched running problems associated with the new Norton twins the deeper the quagmire of responses grew.  I managed to slough the fiction from the fact and quickly learned who knew what they were talking about, and who didn’t, in my favoured forums and sites for technical assistance. What I found early was the scourge of the European Emission Standards.  Essentially, the Norton engine pretty much resembles that which rolled out of Birmingham in the form of the 500cc Norton Dominator in 1949, albeit with modern-day construction and materials.  The Domi engine grew through various stages of 650, 750 and, finally, 850 cubic centimetres before the Commando was retired in 1977.  Of course Norton and the famous Commando name has been revitalised in the modern machine I now own.  How we got to this machine being re-released is a long story and one we shall revisit soon, but, for now, it is the modern incarnation we’re concerned with. 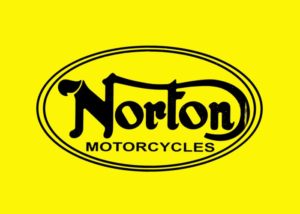 Even the name sounds cool to this long time devotee.

To get the bike through the Euro emissions Norton fit fuel injection and keep the smog to acceptable levels.  Acceptable levels these days is generally where the air coming out of the exhaust is cleaner that that which goes into the engine!  Remember this has a seventy-year heritage, it is like handing grandpa an iPhone.  The get the grand old design to perform I replaced the coils, spark plug leads, spark plugs, cam position sensor and cleaned the fuel circuit of the detritus that was once petrol.  I may have broken a few Euro standards but, heck, we’re not in Europe!

With each change the bike made incremental improvements, but nothing startling and nothing to help ease the knot in the pit of my stomach that was screaming out ‘what have you done?’

It became obvious I would eventually have to hand over my bike to someone versed in the twin arts of fuel system management and computer science.  To me fuel circuit mapping is the proclivity of NASA boffins but unfortunately, it’s something we live with every time we start an engine that has been manufactured this century.  We don’t have NASA in Australia, cripes, at that time we didn’t even have Norton in Australia.  The only solution was for me to travel to Norton with my ECU in one hand credit card in the other.   That’s Norton in the UK, a heck of a long way from Western Australia. 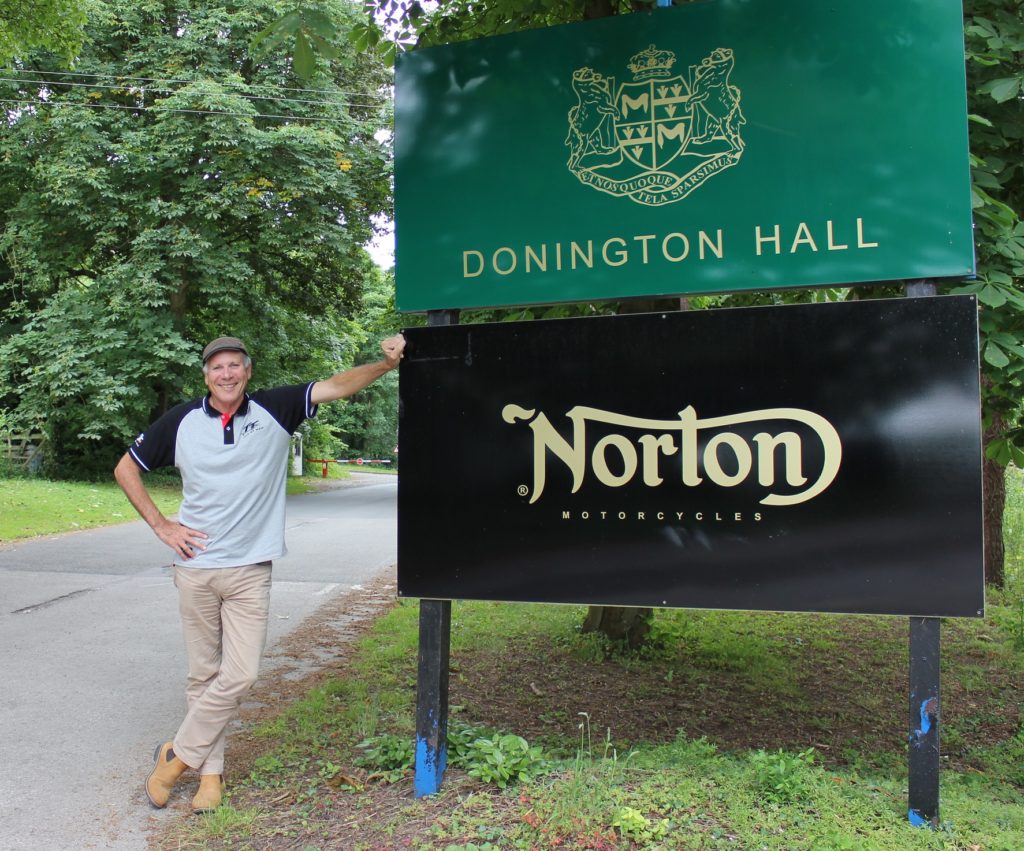 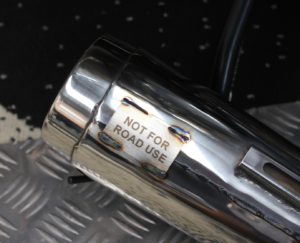 We’ll see about that!

It was my intention to collect two sports mufflers from Norton and have the ECU mapped to suit, I wasn’t to be disappointed. Pretty soon after walking into Norton headquarters my bubble-wrapped mufflers were handed to me, ready to be stowed in my suitcase ahead of our flight home.  The combine weight of the two sparkling new, stainless mufflers was less than 5 kg (which enable me to also pack a new barrel and pistons for one of my other bikes).  My ECU was remapped whilst my wife and I sat in the waiting room with a Norton used in a recent James Bond movie as company.

Nortons are no longer assembled in dank, drafty sheds in Birmingham.  The new facility is something akin to Downton Abby.  Outside Donington Hall looks like a manor house, inside it is a modern, slick operation that reassures me the future of Norton is in good hands.  Donington Hall is wedged on a parcel of land between Donington Racing Circuit and Castle Donington, a small town of about 6,000 inhabitants in Leicestershire, England.  So plush is the facility, Norton CEO Stuart Garner actually lives there.  Stuart’s Aston Martin, bearing the numberplate NOR7ON (sic), sits immediately outside his apartment.  Until recently, Aussie Road Racing star Davo Johnson also lived there.

After collection my mufflers and newly flashed ECU, my wife and I went on a tour of the factory, whilst it was in full swing.  Workers were pouring over partially assembled 961 twins – of which there were just three on the production line.  The machines were exactly the same as mine yet I still felt a pang of envy of the new owners, such is the allure of the Norton.

In keeping with the original style of the Commando, the designers have reached a pleasing symmetry between engine and frame.  The frame is slim and the engine tall which, essentially makes the bike feel large.  At 6’ 3” the bike fits me perfectly and my feet are easily planted on the ground but shorter people might not feel so comfortable, however, any thoughts of comfort would likely be lost when the big twin is spun into life.

Talking of spinning, 270 degrees is the new black in engine layout. Triumph have been doing it for a while, the new Royal Enfield 650 will have it and Yamaha have known it for decades in their 850 parallel twins.  Manufactures have come to understand the value in firing a twin at 270 and 450 degrees, emulating the characteristics of a Ducati L twin, namely a much smoother and more useful spread of power than the previous 360-degree firing order the British twins are known for, it just needs to be freed up, electronically in the ECU and physically in the exhaust.  Fuel in, waste out, simple.  Well eventually. 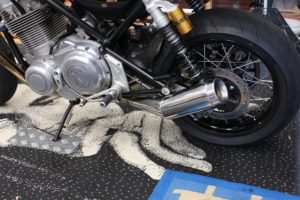 Back home and the stubby Norton sports mufflers are on. They take some getting used to but the sound is oh so sweet.

When I got home, I plugged my ECU back in, fitted the new mufflers and hit the starter.  Bang, she’s alive, rorty and responsive. The ride was a revelation, a great improvement over previous sorties.  The great lump of almost 1000 cc in a parallel twin is usable, sounds awesome and doesn’t shake me to pieces, not quite.  The Norton has a balance shaft but it still vibrates and vibrations might not be everyone’s cup of Early Grey.  If you love a silky-smooth, multi cylinder bike you’ll probably not enjoy the Norton.  I like to know there’s a big engine propelling me forward and the Norton delivers that feeling in spades.  I love it.

One thing I’m not so fond of is the five-speed gearbox.  The box feels solid and changes with all the precision of a rifle bolt, but, out on the road in top gear, I find I’m frequently looking for another cog.  It’s early days for me and the Norton but I do wonder, in this day and age where six speeds are the norm, why Norton has stuck with a five-speed transmission.

The new mufflers have been a very good investment.  Combined with the re-mapped ECU, the engine now runs smooth and clean.  The jerkiness of the overly lean ECU is gone, as is the strangled sound previously emitted from the large pea-shooter style, stock mufflers, although, if I have one criticism, I’m not sure why the pea-shooter could not be replicated in the sports muffler, instead of the stubby tubes the factory produces.  That aside, the sound coming from those stubby tubes is sublime. On over-run the pipes emit a deep baritone burble and it sounds amazing, it’s enough to have me pegging the bike just to hear the bellow and growls the big twin makes, I know, I sound like a teenager.

All in all, I’m well pleased with the bike as it is now.  It’s taken a bit to get it to this stage and one might well ask if it’s worth it when I could have purchased a new 1200 Bonneville and saved bucket loads of money. With each new ride the value of the machine is making itself felt.  Recently I was out riding with some friends and I found I was pushing the Norton up into revs and speeds that I had previously stayed away from, as much for some perceived fragility as anything else, but the harder the bike is pushed the more she shines.  After two days of spirited riding I tucked the Norton back in the shed with a self-satisfied grin that has been a long time in the making.

Yep, she may have little more than 80 horsepower but I reckon they must be Clydesdales! 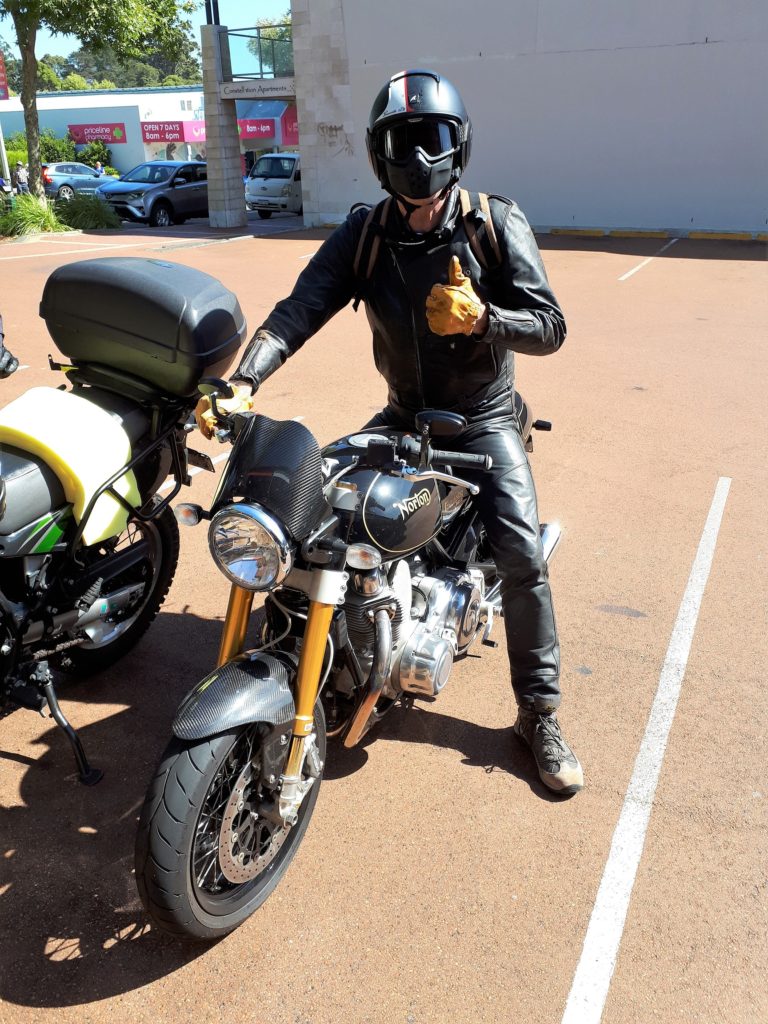 With the Norton at last running fast and free I’m well pleased with the performance, albeit with a scant 80 horsepower. Check out that grin!