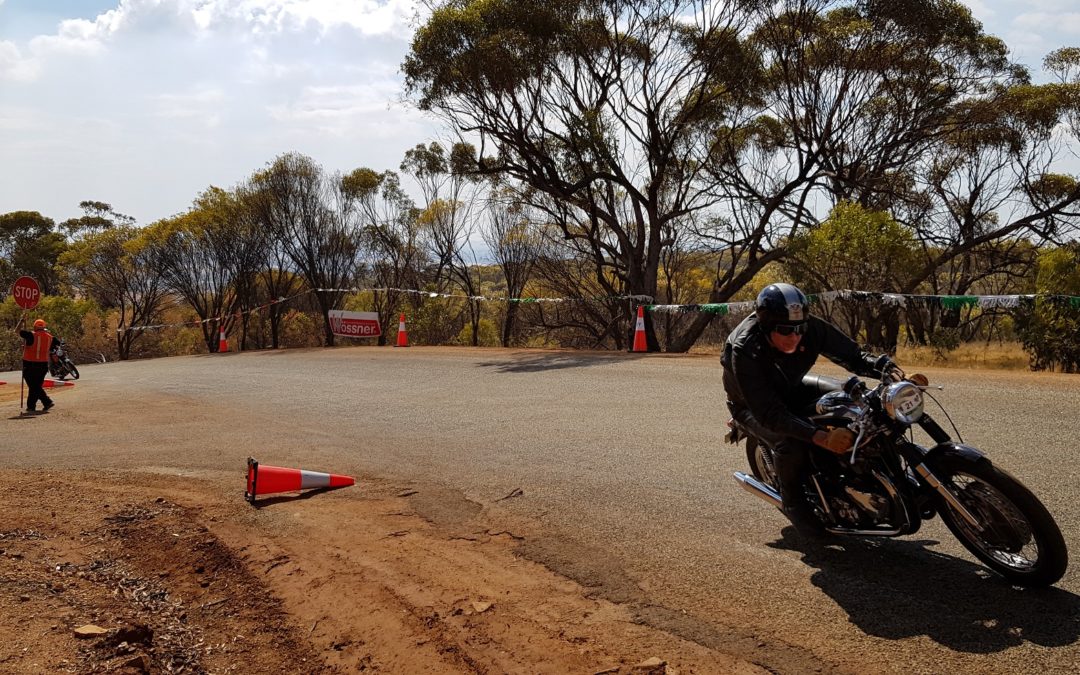 Saturday April 13 and the second annual York Vintage Motorcycle Hill Climb is upon us. Unloading my bike and pushing it towards the pits, I’m feeling a nervous energy to be back at one of my favourite events on the Western Australia classic motorcycle calendar.

The event is staged on a public road that winds up Mount Brown, a short distance from the Wheatbelt town of York, Western Australia.  The Mount Brown hillside is peppered with an assortment of beautiful classic motorcycles and not so beautiful old friends.  Our bike banter is interrupted when someone fires up a British single, bellowing through a custom-made megaphone and, before long, the sweet fragrance of Castrol R descends on the mountain and I’m in heaven.

At the rider’s briefing the organisers reminded us several times this is not a race, it’s a regularity event – tell that to my right hand whilst I’m sitting on the starting line, blipping the throttle on my Triton, one eye on the flag, one on the opposition (aka fellow regularity event competitor).

The flag drops and I feed my newly installed BNR clutch to 750 cc of Triumph twin bellowing to be unleashed. We’re away, my front wheel comes up and I list to the right briefly before straightening up and finding second gear. The bike is pegged to the stop again and I’m immediately aware how sweet the Triton is running. I have an extra 100 cc this year, courtesy of a Morgo big-bore kit, and a Mikuni pumper carburettor. Last year my bike started to misfire about half way up the hill, this year she just keeps pulling and pulling.

The first bend, a right-hander, is upon me and third gear still has a way to run, back off ever so slightly, line the corner up and nail it. The Norton frame sits rock steady on narrow tyres and rockets out of the bend. It’s about 200 metres to the next braking point and I hold her flat to the skyline. Wait, wait, brakes. Tip her into the last right hander and, as soon as we can see the road ahead, open her up again for one final, brief blast before the finish line.

In terms of regularity, over five runs I am within .2 of a second within my nominated time. It’s not enough to even come close to the eventual winner however, for that I would have to be within .02 of a second!

Rolling back down the hill after my last go at the hill, the Triton and I are still running, the day has been a huge success. The organisers are to be congratulated on another fabulous event, here’s the day in pictures.

Outwards, cool as a cucumber, inside nerves are churning. 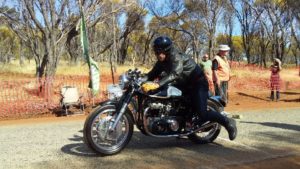 Described by the photographer, Russell Platts, “Off to a flying start. That’s an angry face if ever you saw one.” 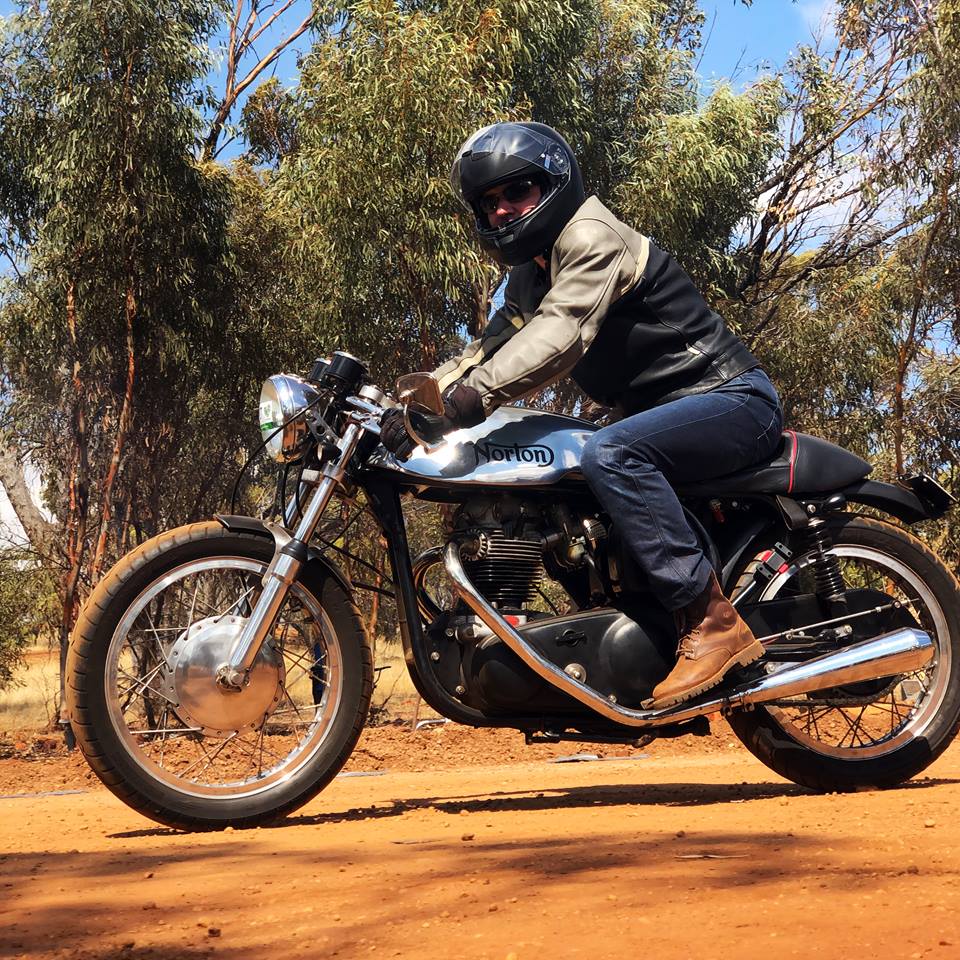 Lambretta rider Tony Wong was up against Sid Barton. Sid had the last laugh when he placed second against Tony’s third.

We’re big fans of the Ariel marque here at the Motor Shed. https://motorshedcafe.com.au/rebuilding-the-ariel-part-ii/

Nortons where in abundance.

Former WA Speedway solo champion Bob O’Leary still knows how to ride the wheels of a motorcycle. In this case a JAP single in a Norton Featherbed frame. A beautiful machine.

Another Ariel, this time with room for two.

It’s a real “run what you brung” day.

Start line. Note the chocks that are used to stop the motorcycles rolling backwards whilst waiting for the flag to drop.