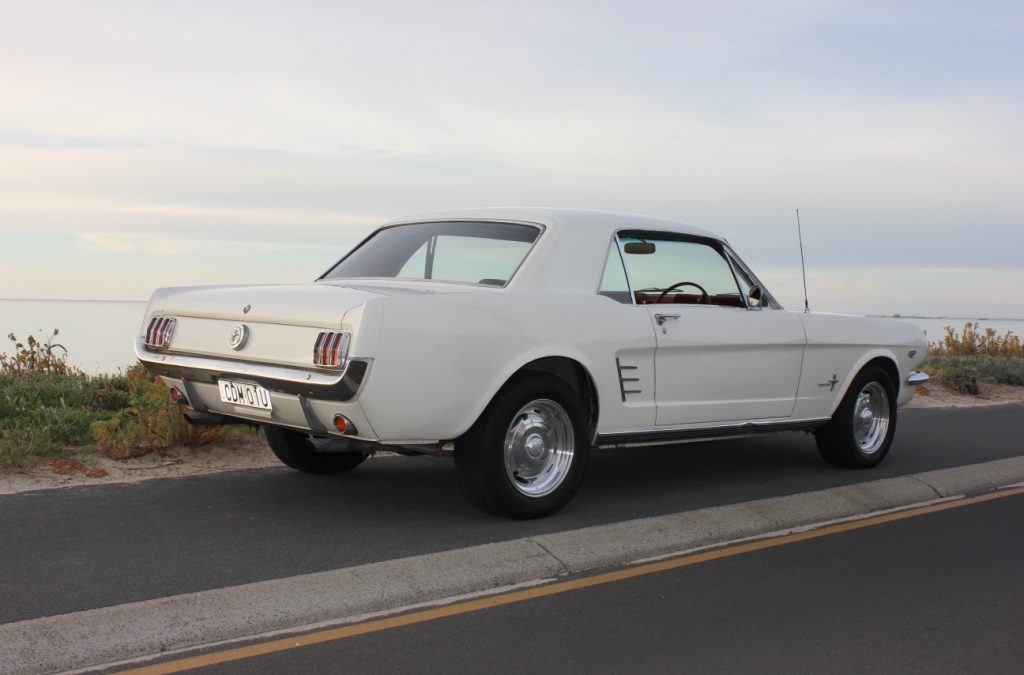 As many readers would know, Homebush is a suburb of Sydney and is not ordinarily associated with the iconic American sports car, but how the Homebush Mustang came into being is an extraordinary tale.

When I started searching for a Mustang I was fairly sure I wanted a right-hand drive car.  In the back of my mind I was looking for something that might have made an everyday driver which basically ruled out left hand drive cars.  The one I settled for, sight unseen, was advertised as a Ford Australia factory converted right hand drive car.  I never knew there was such a thing back in the sixties but if the factory had converted it then it must be a proper job, not some backyard hack that I was learning were all too common.

As we negotiated the sale of the car across the country with telephone and email, it became clear to me the car was not exactly concourse, indeed, it was a bit rough but I figured the money I would save in not having to convert the car to right hand drive would go a long way towards knocking the rough edges off.

Eventually the car was loaded onto a truck and bound for WA.  The owner instructed when it arrived the car would start easy enough but the transmission would need to warm up a bit before she would move.  The alarmed me a bit.  When the fateful day arrived and my alarm only increased.  The truck driver said words to the effect, “good luck with this one,” as he unloaded it from his trailer.  I could tell she wasn’t about to effortlessly glide off the trailer. It took a lot of revving to finally coax the old girl into moving backwards and down onto the road.

Two immediate observations were the unmistakable lines of the classic, first series Mustang.  To my mind then, as now, one of the most beautiful cars on the road.  The other thing was the truly sublime rumble coming from the old 289 V8.  Modern V8 engines just cannot replicate that sound.  When the engine was eventually stopped, it was time for a closer look at my purchase.  I popped the bonnet and was immediately confronted by an ugly mess.  The engine may have sounded nice but it was in a sad, sorry old state of disrepair.  Never mind, I purchased the car as a fixer-upper.

Whilst checking the engine out, I couldn’t help noticing a few oddities about my factory right hand drive conversion.  The first thing was the wipers, they had not been moved so the driver only gets half his view wiped when driving in the rain.  My immediate thought was “surely that’s not factory.”  Turns out it was, but more on that later.

Elsewhere in the engine bay; 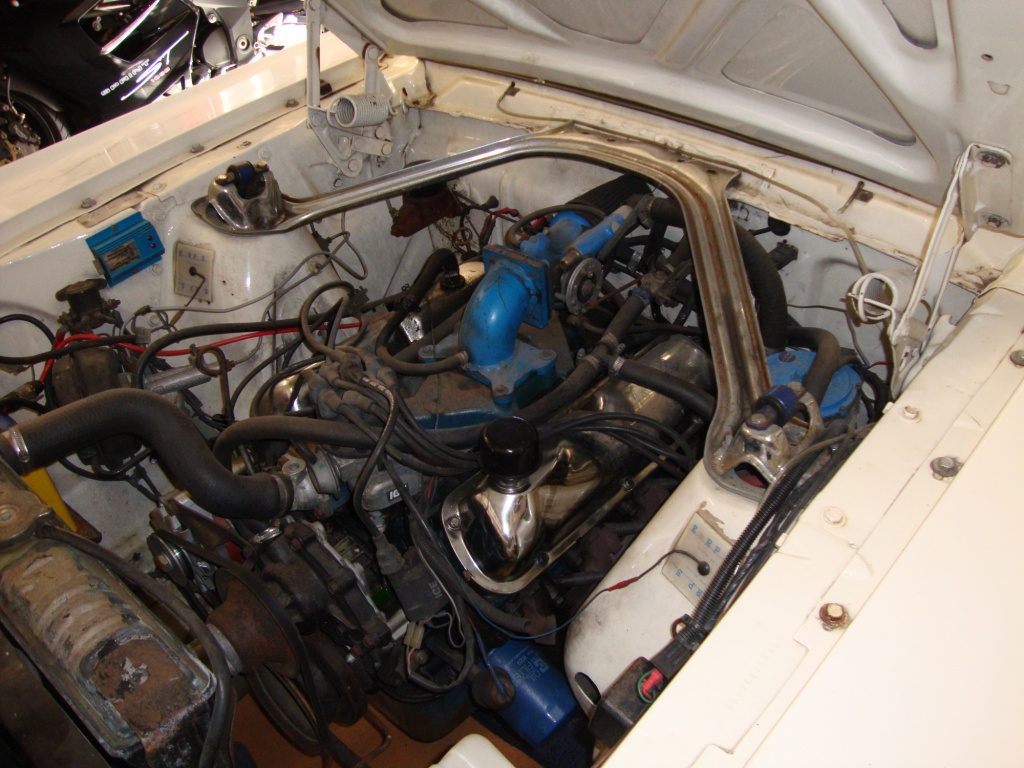 The first time I popped the bonnet on my Mustang gave me a bit of a shock. Note the ‘export brace’ from the shock-towers to the firewall and the remote brake booster in front of the right shock tower.

When I finally got to drive the car, the engine started easily and settled into a smooth tick-over.  From the driver’s seat the old 289 sounded orchestral.  It was exactly what I had been hoping for.  I settled in, selected reverse and waited, and waited.  Nothing.  Move the T-bar back and forth, yep, that’s reverse but nothing was happening.  The engine was still ticking over so I give it a rev and the car responded with the slightest budge – backwards.  I revved the engine a bit more and felt the faintest tension play along the drive-line. A few more revs and she began moving out of Laurie’s driveway with all the grace of a cruise liner.

The 60-kilometre drive home filled me with ambivalence.  Here I was in my dream car, the car I had been waiting the best part of 40 years to own, an old-school, US muscle car powered by a Ford V8.  And it was bloody awful.  It wallowed around, the steering was vague and the engine seemed to rev too high for the ground speed.

By the time I got home I had come to terms with much of the car.  I also started to do some research about Ford Australia factory converted Mustangs and learned there was a long and complicated history as to how roughly 44, 1965 Mustangs and maybe 161, 1966 cars would come to carry Ford Australia Motor Company of Australia compliance plate, guaranteeing a rare place in Australian motoring history. 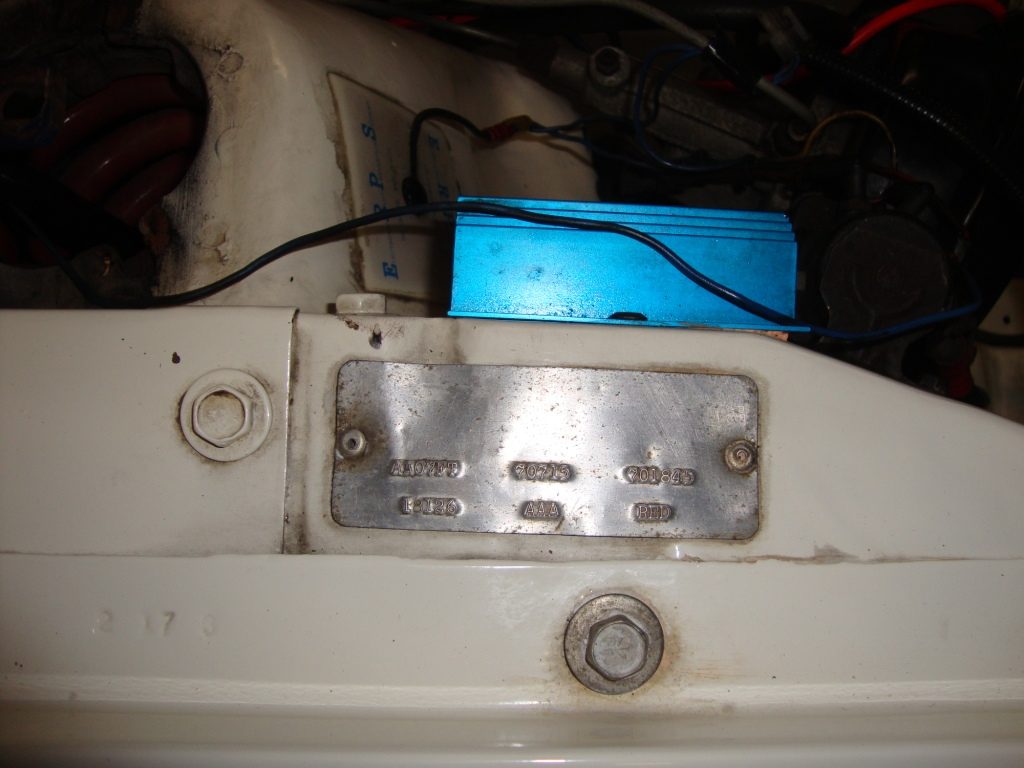 A very old Ford vehicle identification plate on my car confirmed I had purchased a rare piece of Australian motoring history.

I ducked outside, whipped up my bonnet and, sure enough, popped-riveted to the right guard was a small piece of aluminium with numbers pressed into it.  All the print had worn off but it was unmistakably a Ford Australia compliance plate.  I had a Homebush car!

When the Mustangs started to arrive in the country it became evident that Ford Australia were not equipped to carry out the conversion, in expertise nor facilities.  Makeshift workshops were set up first within Ford Australia’s Homebush plant, followed soon thereafter in a factory unit (or units) nearby the plant, thus these unique cars have become referred to as Homebush Mustangs.

In bringing the cars to Australia, it was Ford’s intention to put a Mustang on the floor of all 435 Ford dealerships in the country to promote sales of the soon to be released XR Falcon.  Indications were the buying public might not be so accepting of the newly designed Falcon so, in a cleverly designed, if somewhat expensive, marketing campaign, the XR was marketed as “the Mustang-bred Falcon.”

The architect of the Mustang-bred Falcon campaign and, by necessity, the RHD conversion was Ford executive Bill Bourke.  Evidently, when it came to introducing the Mustang, Ford Australia’s ambitions raced very much ahead of their abilities and the conversions proved to be far more complex than Bourke anticipated. 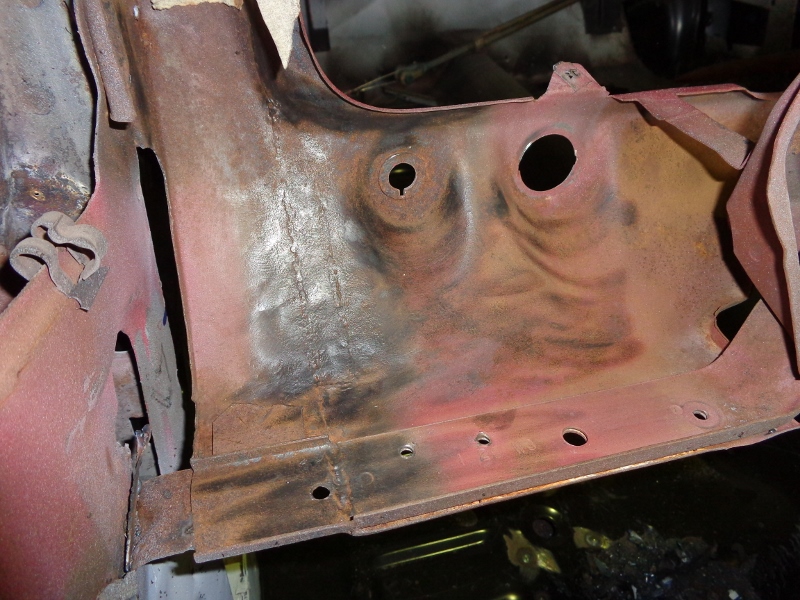 The welds on the converted dash are at least one thing that was done expertly on the Homebush cars.

In getting ready to carry out the conversions Bourke arranged to have a number of newly-pressed, replacement dashboards airfreighted to Australia ahead of the arrival of the cars.  This proved to be a wise move as the panels were not symmetrical and some fancy, old-school metal work was required to change them from left to right.  Contractors were employed to undertake the work and everybody basically got to work by trial and error (some would say more error than trial!). 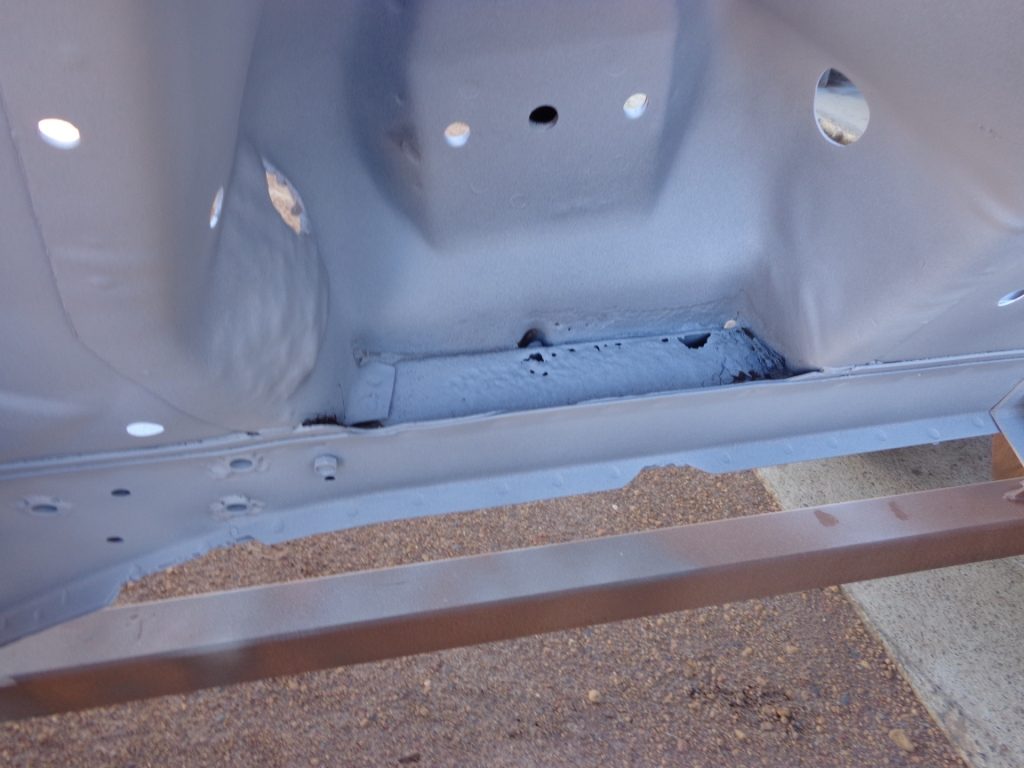 The big bulge to the left of the picture was hammered there by the Homebush engineers to allow the RHD Ford Fairlane Compact steering box to be fitted to the Australian cars.

A major challenge to the conversion was the fire-wall.  In standard form, the firewall bulges out on the right side to accommodate the Mustang heater box.  This presented a couple of problems.  Firstly, the heater had to be removed and an alternative sourced.  Secondly, the bulge was right where the brake power-booster would ordinarily go.  The first item was solved by fitting a smaller, Falcon XP/XM heater box.  The second by relocating the brake booster to the front of the engine bay.  It looks a bit cobby, but in the interests of keeping things authentic, I stuck with having the booster up forward.  I could have replaced the firewall with a brand-new, right-hand drive panel but again this would have detracted too much from the authenticity of my original Homebush car.

As it was, there was no fix for the steering setup that was contained within my car.  The steering box has been confined to storage and replaced with a rack and pinion set up manufactured by RRS in Sydney.  To maximise the RRS rack I have also fitted their coil-over suspension and larger disc brakes.  I’ve yet to drive the car with the modern equipment in it but I’m confident she will steer and brake with a finesse that was not available to Ford Australia when their men did the best they could in converting what was destined to become an icon of Australian motoring history.