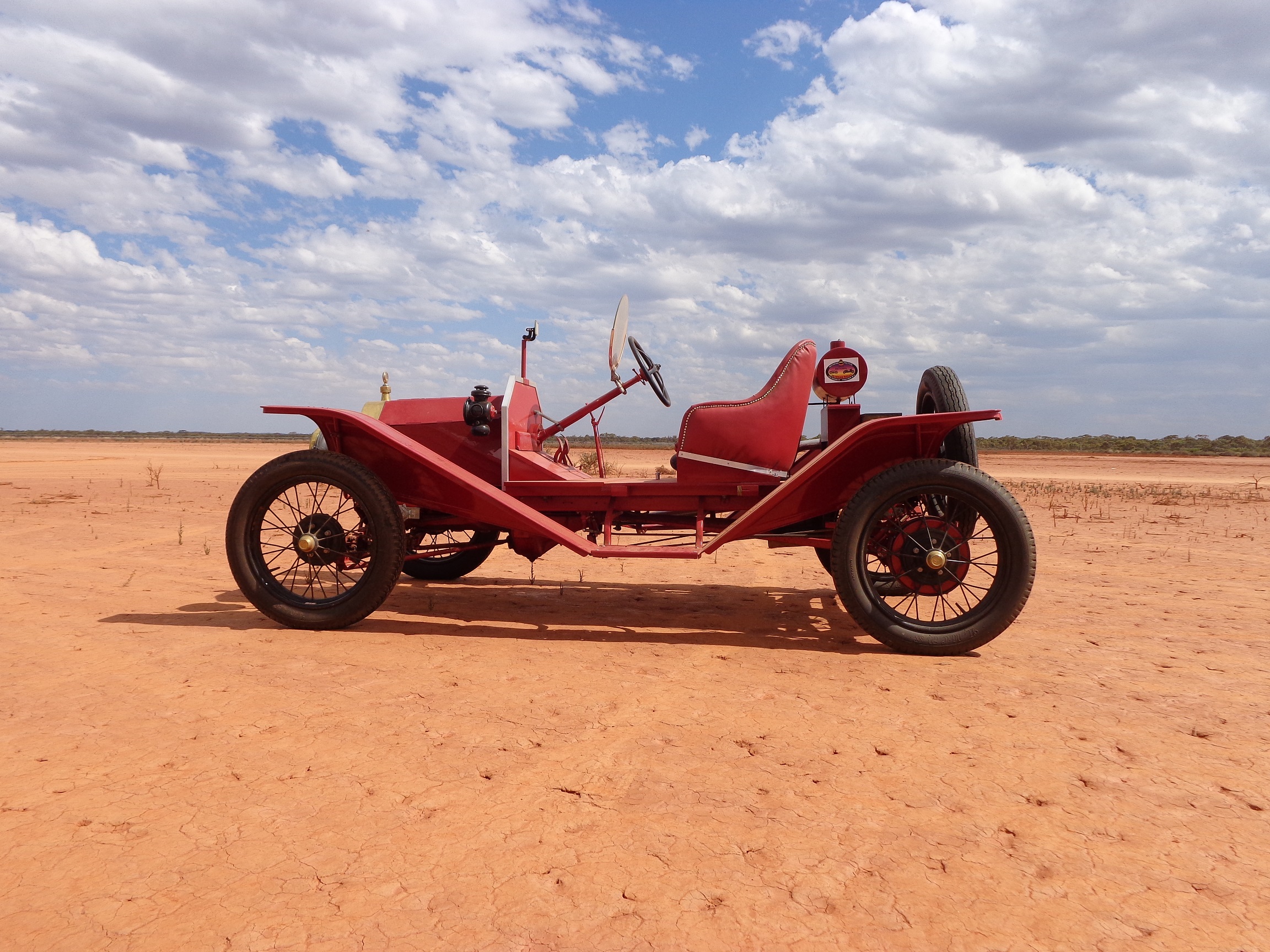 Lake Perkolilli is calling and veteran car racers from all over Australia are stepping up to the challenge. Here we look at a project by Graeme Lockhart.

Perkolilli is not exactly a household name and doesn’t quite roll off the tongue but, there was a time, over 100 years ago, that Lake Perkolilli was a unique, natural speedway enjoyed in equal measure by cars and motorcycles.  Under a baking hot Goldfields sun, the dry lake bed made the perfect surface for a 4 kilometre racing circuit, “the outback’s own racetrack, the Brooklands of the West (Cocks, 2016, 471).” 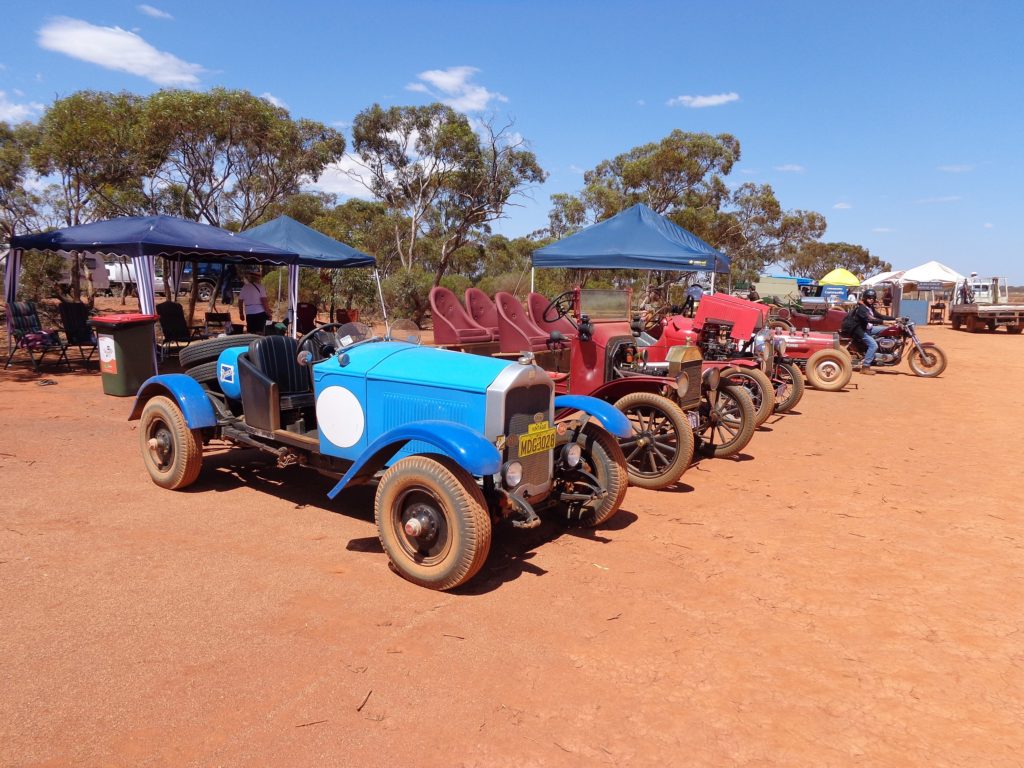 In 2014 members of the Vintage Sports Car Club of WA (VSCC) staged a Centenary of Lake Perkolilli event and we were there with the Motor Shed Model T and penny farthing in tow.  Unfortunately, that event was rained out before racing got underway, but not before the early arrivals got some fast laps in.  The event also coincided with the Australian National Veteran Car Rally so the week wasn’t a complete loss, quite the contrary.  The cars that did get to turn a few laps gave us early arrivals a taste of years gone by and a longing for more of the same. 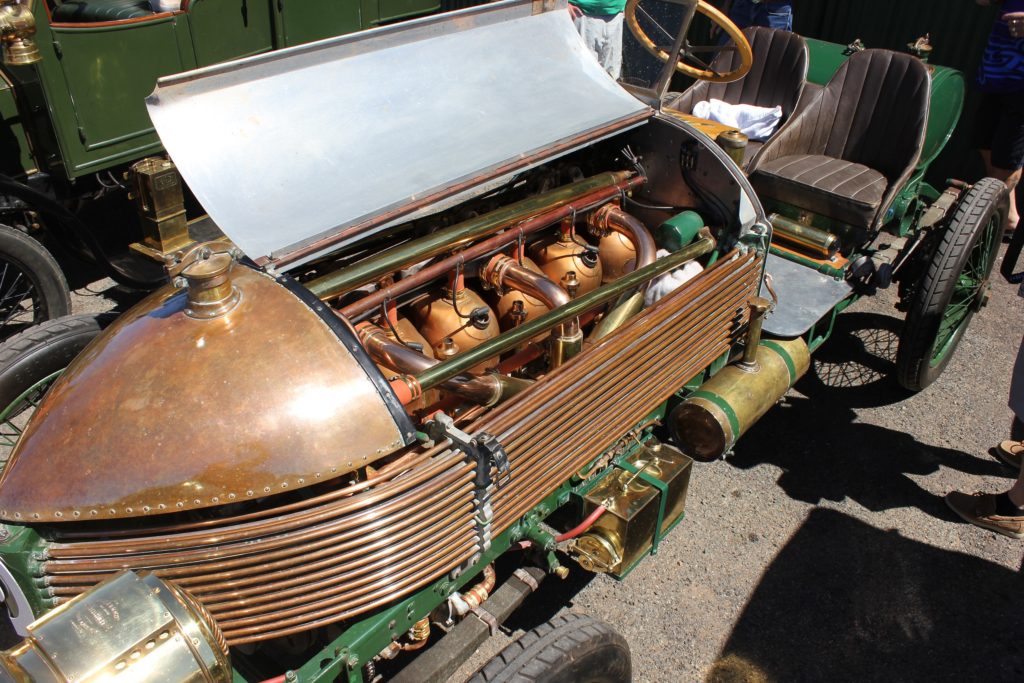 The 15 litre, 6 cylinder engine in Peter Brigg’s Napier is an impressive sight. Note the copper ‘radiator’ pipes down the side of the car.

Stung by the disappointment of not actually making it to the race weekend, the organisers have regrouped and Perkolilli is on again in 2019.   Restricted to cars and motorcycles constructed before 1940 (or at least parts thereof), projects are furiously being thrown together as competitors race against the calendar in time to meet the September event.  According to the Red Dust Revival update number 3, cars are being built all over Australia.  Proof of some of those cars under construction is provided in the newsletter, which can be viewed here https://www.facebook.com/reddustrevival2019/

Make no mistake, these machines, in most cases, are genuine out and out race cars and motorcycles, designed to be driven hard across the clay pan, faster and faster, until the thrill of speed overcomes the fear of crashing – to borrow a term by Hunter S. Thompson. 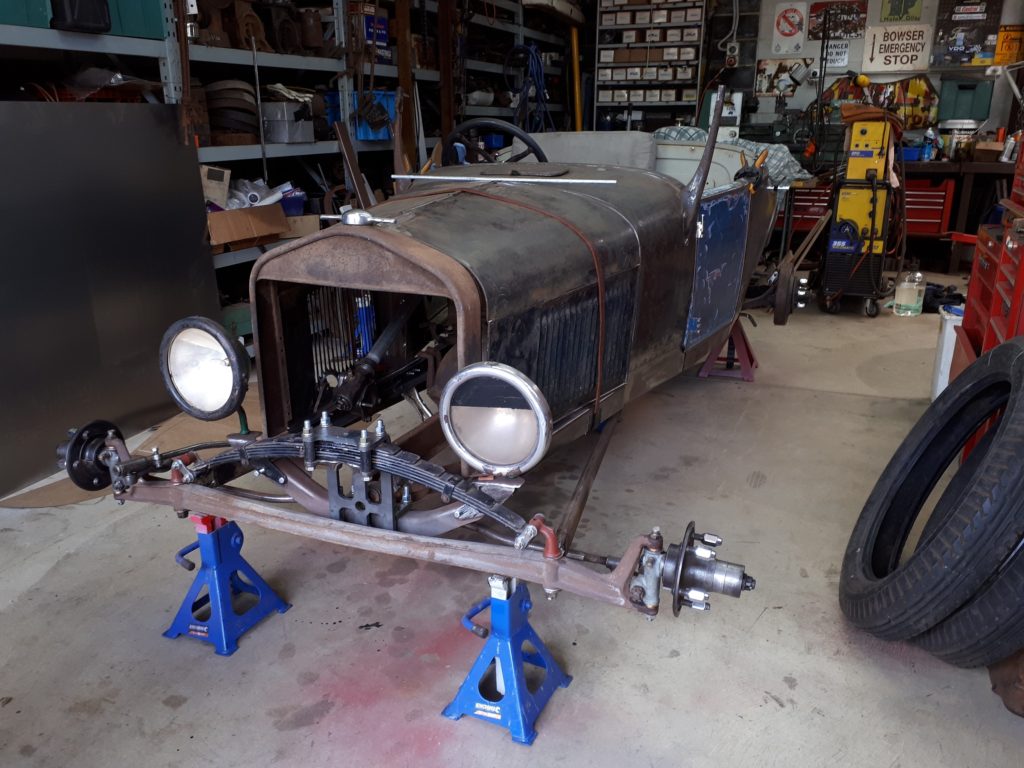 Graham Lockhart’s Model T speedster is taking shape. It promises to be another stunning example of this man’s skills in auto restoration and manufacturing.

One of those cars is a Ford Model T Speedster being cobbled together by Graeme Lockhart out of parts that he has accumulated over the paster few decades.  Indeed, Graeme has enough chassis and engines tucked away in his suburban property to build three or four such race cars.  We’ll call Graeme’s speedster a 1925 model as that reflects the era of the cars from which Graeme is drawing his stock. 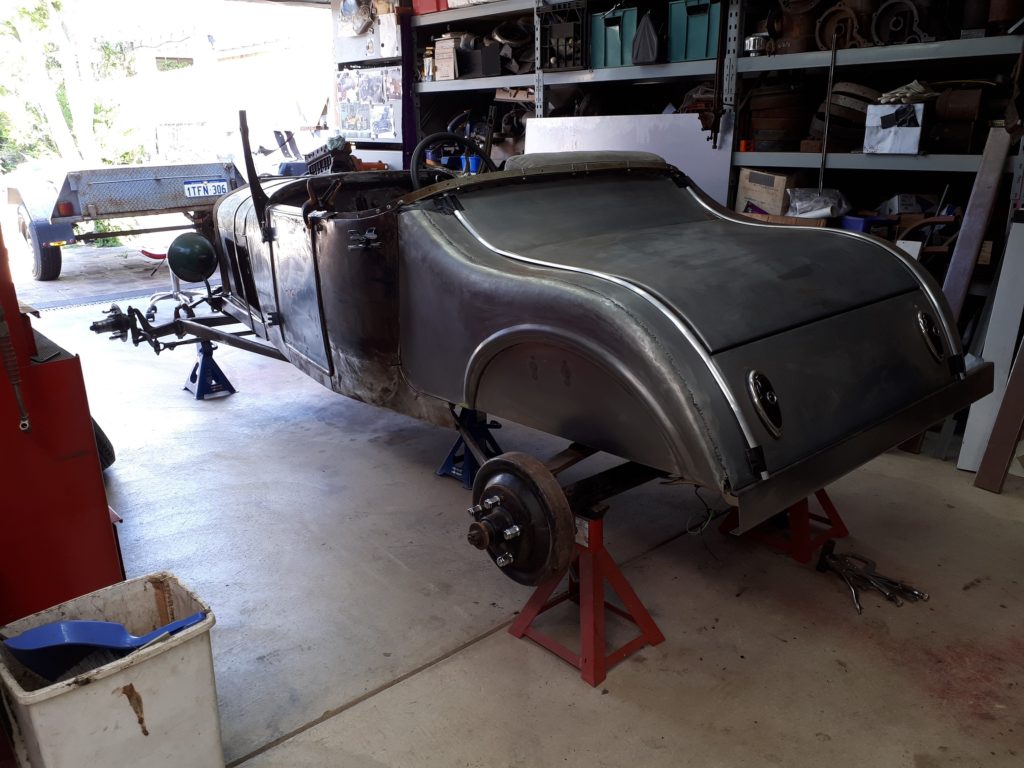 The bright metal has been constructed by Graeme using his unique CAD (cardboard added design) process.

Graeme is one of those rare individuals who exhibit both metal and mechanical prowess.  His most recently competed machine is a stunning Ford T Mercury body speedster.  The Mercury Body Corporation built ‘boat-tail’ speedster bodies for Model T cars from 1921 to 1926.  During that time over 1,600 cars were built however it wasn’t enough to save the company from bankruptcy and they closed the doors in 1926.   Graeme’s car is a reproduction built by hand from a timber buck that has more resemblance to a boat than an automobile.

Graeme’s Perkolilli racer will be powered by a 3-litre, 4 cylinder Ford engine from 1927.  It is mounded on an original Model T chassis that has been lowered some 10 inches.  As is often the case with projects from the distant past, Graeme only had bits and pieces of a body.  For the pieces he was missing Graeme used his unique CAD (cardboard aided design) templates to first fashion the required part and fit it against the body before creating the panel in metal.  All the bright metal in the accompanying photographs has been fashion by Graeme, by hand.

In returning to Graeme’s tuning skills, the engine in his Mercury T was punching out almost three times the horsepower of the original item, due, in part, to an after-market Rajo head, twin down draft Stomberg caburetors and Graeme’s own headers, once again built by him by hand.  An A Model crankshaft was modified to fit the old T block, the intention being to withstand the increased power.  The engine kept popping head gaskets so, in the interests of reliability and longevity, it has been returned to a standard head and single carb but I suspect Graeme’s not done with power-plant just yet.

Graeme has started on renewing the engine block for his Perkolilli car but it’s early days.  We will check in with him over the coming months and, of course, will be there when this beauty takes to the red clay pan at Lake Perkolilli.

Anyone wanting to learn more about Perkolilli and historic motor racing in Western Australia might like to consider obtaining a copy Graham Cocks stunning limited edition “Red Dust Racers.” The book can be purchased directly from the author at www.motoringpast.com.au